In urban areas the main sources of air pollution are from road transport and the burning of solid fuels (coal and wood). In rural areas, agriculture and industry are the main contributors. Other sources include aircraft, construction sites, manufacturing, shipping, bonfires and fireworks, as well as cross boundary sources from other areas or even countries.

Particulate matter and nitrogen dioxide  are the most harmful to human health. Generally, for people in good health, short term, moderate exposure should not give any cause for concern. However, high levels or long term exposure can lead to the worsening of existing health conditions or the development of new cardiovascular/respiratory conditions.

In 2010 the Department of Health’s Committee on Medical Effects of Air Pollutants estimated the burden of Particulate Matter in the UK was equivalent to nearly 29,000 deaths in 2008, 25,000 of which were in England. DEFRA estimate the burden of Nitrogen Dioxide is equivalent to nearly 23,500 deaths per year in the UK. It is likely there is some overlap between the pollutants so it is not possible to estimate the total health burden.

The Public Health Outcome Framework advises on the percentage of deaths attributed to long-term exposure to Particulate Matter (PM2.5). PM2.5 is likely to partially contribute to a greater number of deaths, rather than directly contribute.

Ways to improve your health

You can improve your health by reducing your impact on, or exposure to, air pollution in the following ways: 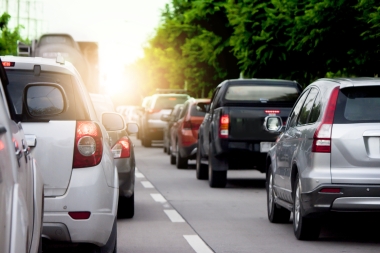